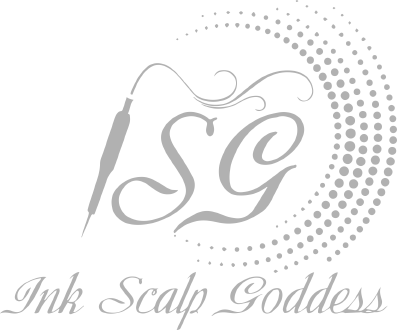 scalp micropigmentation classes near me

scalp micropigmentation training near me

smp training near me

how to become a scalp micropigmentation artist

SMP Training
SMP is increasing in demand as people consider it a better alternative to expensive medical treatments.
Get the best SMP training, learning the use the modern methods and equipment that we teach our students.
Our SMP courses are affordable for aspiring SMP technicians to start jumpstart their own careers.
Start your career with a bang! Learn the best tips to master your skill from Ink Scalp Goddess herself.
CALL NOW
CALL NOW
Micropigmentation Academy


There are a number of reasons why our scalp micropigmentation training school is the best SMP training in Texas. I have taken my years of experience and created an intensive training that will provide you the detailed instruction to set you up for a rewarding career as a permanent makeup professional
.

Throughout the Ink Scalp Goddess scalp micropigmentation course you will learn how to become a scalp micropigmentation artist by:
Receive fundamental scalp training learning each technique step by step in detail in a licensed scalp micropigmentation studio.
Learn about hair follicles, hair density, color theory, hair transplant scars, hair follicle simulation, types of hair, skin colors and skin conditions and pigment dilution process, density enhancements, density treatments, natural pigments, and needle theory while training on industry-leading SMP machines.
Receive hands-on individual instruction for learning the various hairline mircoblading training methods.
Participate in SMP training and learn theory on skin by practicing your skills on synthetic skin, and then real clients.
Receive a professional scalp micropigmentation kit along with device training, and medical-grade needles to start you on your way.
Learn the aspects of scalp tattoo training and client management, including the safe practices to keep in while growing your scalp micropigmentation client base.
Access to your instructor even after the training is completed for further guidance and support. You can contact your instructor directly. Your SMP certification training goes beyond the learning studio!
Learn how to market your services, find the right types of clients, and receive reviews!
You will get advice on how effectively you can market your business.
Students can request a refresher course after the training is finished. This offer is available for 6 months after the training.

As part of our scalp micropigmentation course, you will receive a training kit that consists of all the products and supplies needed during the scalp pigmentation training course. This does not stop here; the good news is that the kit has enough material to cover at least 20 treatments. So, you are all set to start working as soon as you are done with our SMP micropigmentation classes. The training kit consists of the following:
1 mapping compass.
1 set of pigments that can be used for all skin types.
2 waterproof mapping pencils.
20 disposable pigment cups.
2 preprinted skin forms to get your hands on.
Practice material for in-class practice.
Marketing materials.
Health and safety supplies.
Pre-care and after-care support materials.
Photography book to teach you how to take optimal pictures.
Shading machine.
2 boxes of needles that are sufficient for up to 20 treatments.
Learn SMP methods today
Join our SMP training by calling us and booking your spot.
CALL NOW
CALL NOW
What Will Your Scalp Micropigmentation Training Course Cover?
You will learn scalp micropigmentation, and microblading scalp training while covering, but not limited to these topics at our SMP academy:
Introduction to scalp micropigmentation
Vitiligo is a condition that creates when the melanin making cells pass away or no longer generate melanin. While vitiligo can impact any individual, it is a lot more obvious in people with darker skin. Vitiligo usually starts as small locations of pigment loss.
Client consultation
You will be given an overview as to how to carry out a convincing and well-managed consultation with the client. This is a very important step as most clients make up their minds after the first consultation.
Methods for mixing colors and pigments
Different people have different skin tones and hair colors which is why you need to know exactly which color pigment to use for their SMP treatment to give the best possible look. This is why it is an important component of this course to learn how to mix colors and pigments.
Skin problems
You will be taught about different skin problems that may prohibit a client from getting SMP done or which may require some special care.
Making consent agreements
This is an important part of SMP business and as a beginner, you may not have thought of it but we have got you covered. You will be taught all about the consent agreement that needs to be signed by the client before the procedure.
Proper depth of cuts
This is one of the most important parts of the training as you will be trained how to make proper depth cuts to avoid any injury.
Correct posture and client positioning
For best results, correct posture and positioning are very important which will extensively be covered in this course.
Stretching skin
Our expert will teach you about how you can properly stretch the skin to avoid any mistakes
Measuring shapes to check symmetry
Skin pigment retention
Workplace hygiene and sanitation
Workplace hygiene and safety are very important not only to attract more clients but also to keep them safe from any infections. You will be taught how to carefully sterilize the tools so that no infections are transmitted to you or to the client.
Mapping using compass
As an SMP artist you will be required to map using a compass and we will make sure you do no mistake in doing so.
Practice patterns on fake skin
We will train you as to how you can make patterns.
Pre and pro procedures measures

Health problems or drug interactions
There are certain health problems in which SMP may not be performed which will be covered by this course. Additionally, we will also let you know about any drug reactions that may occur due to pigments used.
How to correct mistakes
When you are a beginner, you are prone to mistakes that might be dangerous for your business. But don’t worry, we will guide you about how you can correct the mistakes by lightening them.
Practice patterns and practice materials
You will be provided with both practice patterns and practice materials for practicing.
Different types of needles and different needle brands
As part of this course, we will not only give you complete knowledge of different needle types used for different scalp micropigmentation treatments but we will also give you all the information about relevant brands.
Mapping hairline on live models
Mapping on the mannequins
Frequently Asked Questions
Will I be taught different types of hair loss conditions in males and females?
Yes at at the Ink Scalp Goddess micropigmentation academy we are committed to cover all the relevant information in the SMP training courses. You will be taught everything you need to know to better assess your male SMP and female SMP scalp problems which includes the understanding of different types of hair loss conditions in both men and women.
Does this course cover the recovery process as well?
Yes, as part of this SMP training course you will be taught all about the recovery process including the time of healing and precautions that need to be taken after the treatment.
Will I receive a certificate after completing the training course?
Certification is a very important component of any training course and you will be awarded the certification after you have successfully completed the course. The certification will help you in growing your business and adding repute to your name.
How much does SMP training cost?
At the micropigmentation academy, the scalp micropigmentation training course would cost you from $2,500 to $5,000 depending upon the nature of the course.
How much do SMP artists make in a year?
Since our course is designed to give you not only training to perform this innovative and nonsurgical treatment on a variety of clients but our experts also help you to grow your business. Scalp micropigmentation treatments start from $1,000 which means you can potentially earn $200,000 in a year making it one of the best careers in terms of income.
How can I grow my career as SMP artist?
It is always a good idea to work with some existing clinic before you set up your own business. This will give some real-world experience that cannot be replaced by anything. Once you have got experience, you can easily start your own business and even use other SMP artists with you.
What makes SMP a good career?
Scalp micropigmentation is a growing industry and the number of people opting for this treatment is growing substantially. You can make a very good earning if you get into this business early before it gets too saturated. Getting into this career will ensure you a secure position in this industry in the future as by that time you will be a renowned and well-recognized practitioner in this industry.

However, in order to secure a good position in this industry, it is extremely important for you to get your training from a reputable institute. Get trained from a reputable institute will not only equip you with the necessary skills but would also add to your reputation and you will be recognized as someone who has got proper scalp micropigmentation training.
What is Vitiligo?

Our body has cells called melanocytes which generate the pigment that provides our skin colour. Sometimes, our immune system mistakenly attacks our own cells. If the melanocytes on a certain component of your body obtain struck, they stop generating pigment and a white patch appears, which is called as vitiligo.

Spread of the vitiligo patches crucial vitiligo symptoms are the unexpected start of a solitary, few or numerous milklike white patches of irregular sizes and shapes on the skin. Tiny areas of de-pigmentation slowly begin infecting entail larger areas of the body. The patches show up more famous on dark-skinned individuals as well as can be quite damaging at times.

As for the progression as well as reasons for white spots on the skin are concerned, they are highly uncertain. Some situations experience an extremely quick improvement, with fast participation of large locations of the body, whereas in many cases, there might be a couple of tiny patches that do not alter much with time.

The active stage of advancement of new patches can be complied with by a stage that does absent any type of new patches. For that reason, on getting a tattoo with vitiligo condition, it is challenging to claim whether your problem will certainly spread or otherwise.

Vitiligo is an immune system problem which is often incorrect for a skin condition. The Vitiligo Camouflage treatment is not for every person: it’s extremely appropriate to deal with mid-dark skin tones, while not truly encouraged for the pale Scandinavian and light Caucasian tones. Vitiligo Camouflage Permanent Makeup is an extremely effective vitiligo treatment. Or will the procedure of tattooing irritate your skin better and also get worse the vitiligo illness?

Spread of the vitiligo patches key vitiligo symptoms are the sudden onset of a single, few or lots of milky white patches of irregular forms and also sizes on the skin.

Ink Scalp Goddess is the go-to place for safe and effective Scalp Micropigmentation (SMP) and Permanent Cosmetics Makeup (PCM) in Austin TX. We want you to feel confident and beautiful every day, so let us help you achieve that smile with SMP or PCM.